Longtime TMR blog readers will know I have a personal soft spot for Harbeth loudspeakers. I was a fan long before The Music Room became dealers for the iconic speaker maker. Type 'Harbeth' into the search field on our site and click on content, and you’ll get the idea. Besides last year’s writeup about the history of the company, you can see I've glowingly mentioned the brand again and again throughout my years at TMR whenever choice used pairs of their speakers became available.

For many people, the brand offers the epitome of the audiophile experience. In this blog post, I'm taking a crack at defining the listening experience with the one Harbeth speaker that legendary Harbeth designer Allen Shaw calls his favorite. Considering the company’s sales approach, which organizes their products based on how you use the speaker and not based on price, Shaw’s favoritism says a lot and indicates a wide appeal. 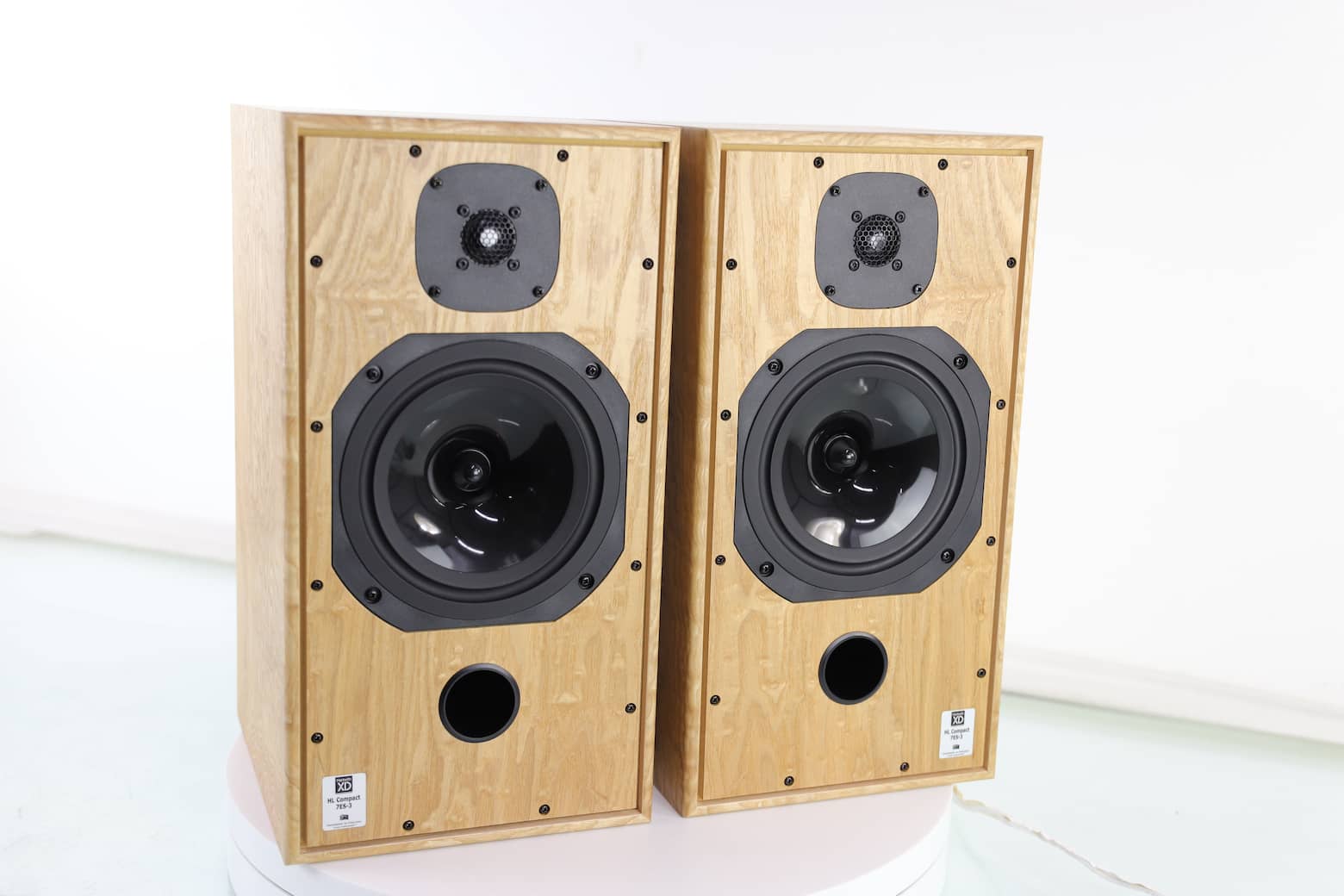 Of all the Harbeths, the Compact 7ES-3 XD is a speaker that fits into the most listening situations and rooms and instantly delivers the sound that Harbeth is known for. The alluring and revealing sonic character comes from a combination of industry-leading crossover  work, slow design pace and intense focus on precision, along with borderline obsession over driver construction and matching.

Standards at Harbeth are higher than just about any speaker brand we come in contact with here at The Music Room, with the brand’s “B-stock” products fitting “A-stock” description for nearly anyone else. That drive for perfection and accompanying consistency has kept Harbeth at the forefront of the HiFi hobby for decade after decade.

The C7ES3, which most folks call the C7, started its life in the lineup known fully as the HL Compact 7. Originally introduced in 1994, the Compact 7 has been continually improved and developed in the time since, including the addition of ES3 to the name and culminating in the current XD or "extended definition" suffix. In the midst of that development, certain upgrades were introduced to commemorate the company's periodic anniversary milestones. Many of these were finally made into the stock offering for the current XD edition, paving the way for the next anniversaries of this long-lived company.

At just 25 inches tall, it sits right near the middle of Harbeth's lineup of speakers, in both size and output capability. The story of this speaker has always been that it’s easy — easy with placement, easy to drive, and easy on the eyes and ears.

However, underneath the easygoing attitude is the classic high level of resolution and accuracy that Harbeth is known for. Without going too deep into the company history here, the short of it is that the Harbeth origin story explains best why they sound the way they do. If you’re curious to learn more, I wrote about the timeline and history behind the legendary brand in a blog post last year. 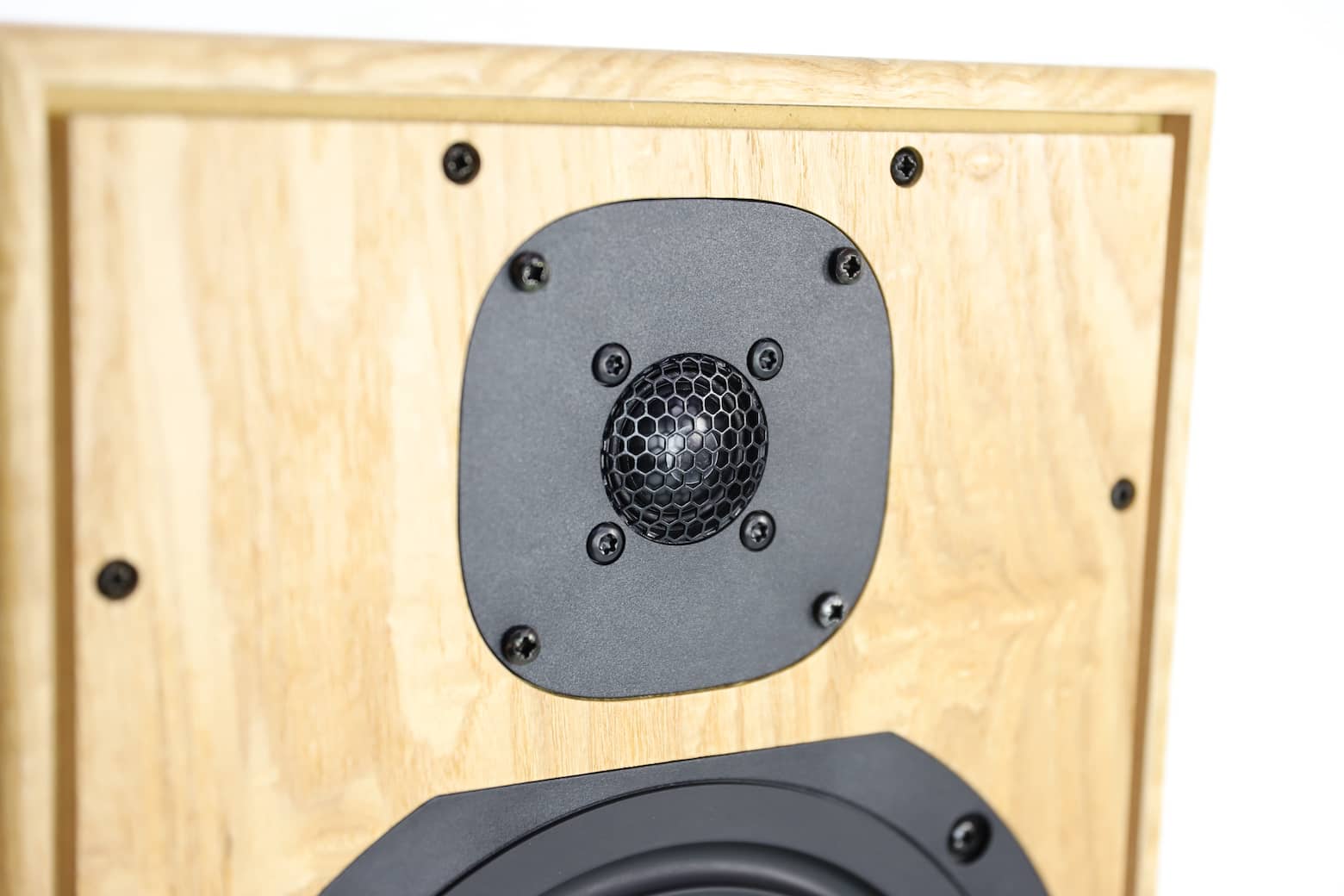 Because the company was founded on the research and development of the BBC by a chief BBC engineer (who also happened to own the patent for polypropylene — no big deal), the design goals were similar to the broadcasting megalith: reproduce the human voice as perfectly and accurately as the state of the art will allow. If the state of the art can’t get it done, reinvent the state of the art.

Accurate and realistic vocal reproduction is one of the hardest things to get right in speaker design. Much harmonic nuance accompanies a human voice, and critical listeners are likely more familiar with a voice than say the tympani onstage at the Met. Not that tympani at the Met doesn't sound fantastic on them, but the act of convincing a listener that a recording of someone the listener knows is not actually a recording is a challenge that requires perfect impulse response and power response, and also flat frequency response from the speakers. All Harbeths are designed to this exacting standard. And this type of neutrality in design serves every type of music rather than highlight one genre over another.

Within that paradigm however, Shaw and his design team are able to tease out two main flavors of sound astride that exacting line. The C7ES3 XD, in contrast to the M30.3 XD or M40.3 XD for example — M standing for studio Monitor, after all — leans just a bit on the fun side of the line set for vocal honesty and purity. Anyone with a chance to listen to the M line of Harbeth speakers and compare them to the C7 might liken the monitors to fully filling the room with light versus 80% on the dimmer with the C7, with the Compact 7’s presentation just a tad more romantic and engaging. The P3ESR is a similarly easygoing speaker, allowing just about any recording to positively shine, and the larger Super HL5s are always ready to rock & roll. 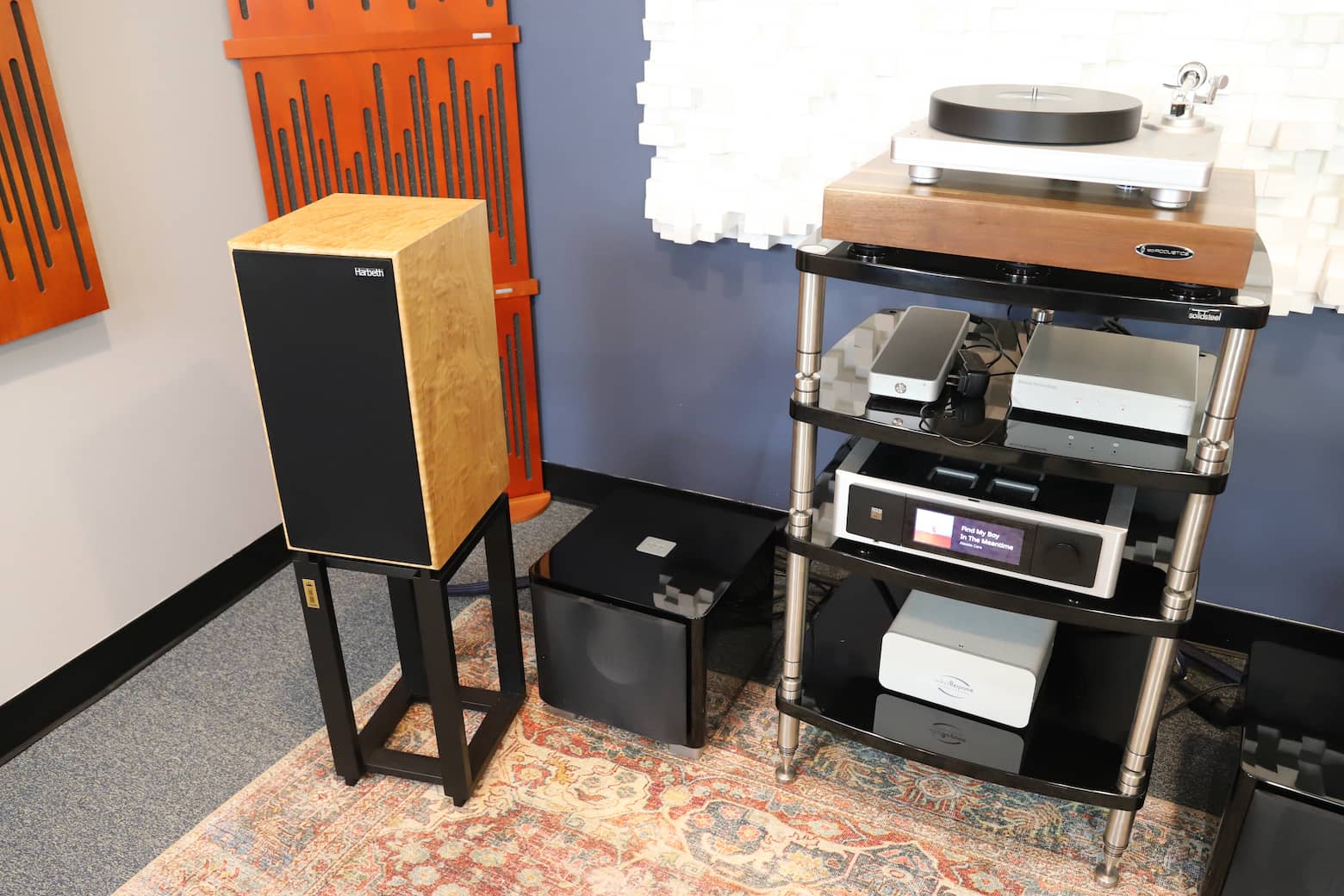 But see, most folks use this comparison to characterize the C7s, emphasizing that they’re not “studio monitor” speakers. And I think this is where this story gets a little lost sometimes, by failing to truly describe the speakers. Yes the C7ES3 XDs are fun, and they make poor recordings a touch less painful, but the supreme detail retrieval they’re capable of, and the dynamics and imaging they pull off, still make them absolutely capable atop a mixing console or in a mastering studio. Nothing in the Harbeth line strays far from the ultimate standards of “high fidelity.”

To my ears, Harbeth’s “fun” speaker is another brand’s reference monitor, and this is because their approach is just different. Yes, in contrast to Harbeth’s “clearest window in audio” (my phrase), ultra-resolving M30s or M40s the C7 is a bit of a different bird. But it's an entertaining and enjoyable bird with a pretty darn clear view itself.

The C7ES3 is Harbeth's most accessible, charming and affable character in the bunch. Just don't let that description lead you to believe it's not an elite audiophile contender. It absolutely is, and I know a certain famous British speaker designer who would agree. The C7 has its maker by the heartstrings, and after plenty of listening, it's got me by mine as well.

I like them so much, I even made a video going more in depth with them, which you can watch below. Don't forget to like and subscribe so you don't miss any of our videos, which are always so much fun to make.