As the cold months materialize here in Colorado, we start to break out the winter coats. And if you’re trying to be quiet in the wee hours of the morning before work, in order to keep the kids asleep so your wife can get a few more moments of peaceful sleep, zipping up those puffy jackets quietly becomes a real event.

Nylon stretched over down makes a unique -- and loud -- sound when vibrated by a zipper, and I find myself reaching for something fleecy on the jacket hooks to hold close and dampen the noise as I secure the coat.

Every different material makes its own sound when vibrated, and this is the essence of speaker driver design, evidenced by the wide range of interesting types and combinations available by driver makers today.

British speaker maker Harbeth knows this better than most -- its history and pedigree are directly tied to efforts to find and produce the most perfect materials for music playback, and it’s been dedicated to this over the last 40+ years.

Nowadays, exotic foams and carbon weaves and graphene cones litter the high end audio scene. Diamonds, ceramics, titanium and aluminum are in the mix as well as beryllium, magnesium and silk.

But with many of these new materials applied to the design of speaker driver construction come drawbacks and downsides, and though much of them may seem advanced in certain ways, the ear can tell a different story.

Dedicated to the driver

Harbeth Loudspeakers was started by H.D. Harwood, a BBC scientist who had already spent more time and energy developing the perfect speaker cone material than many modern driver makers can boast. His LS5/5 and LS3/5A speaker designs for the BBC were revelations, and are still heralded today as extremely accurate and musical devices that just “sound right.”

After his retirement from the BBC he devoted himself to perfecting the driver cone material that would produce music in ways that make the human ear satisfied once the music played.

Today, Harbeth continues to perfect the supporting elements around Harwood’s genius discovery that essentially, you can’t get much better of a cone material than he found in a special type of polypropylene as it relates to music playback.

Harwood understood, as many are coming back to realize, that finding a material that both dampens the cone breakup and creates simple distortions (simple = pleasing to the human ear) is the best path to great sound. Crossed over to a good tweeter, a poly cone woofer does more by the pure nature of its material to make music accurate, fleshy and refreshing than any combination of extreme crossover designs attempting to deal with the complex distortion characteristics of modern materials.

A further hallmark of the Harbeth sound is the result of painstaking, lengthy efforts by modern Harbeth leader Alan Shaw and his team of listeners to design crossovers that allow the drivers to work with each other and blend seamlessly in a way that allows the speakers to “disappear.”

Harbeth offers five different models of speakers, which can be understood and grouped, I think, into three categories. Each model is designed for the listener’s intent and size of the listening room.

From the smallest, the P3ESR XD bookshelf/stand-mount speaker, to the largest, the M40.3 XD monitor loudspeaker, the fact is that no matter what model you choose, if you choose it based on Harbeth’s guidance and use it the way the design was intended to be used, you will experience the magic of Harbeth in your musical life. 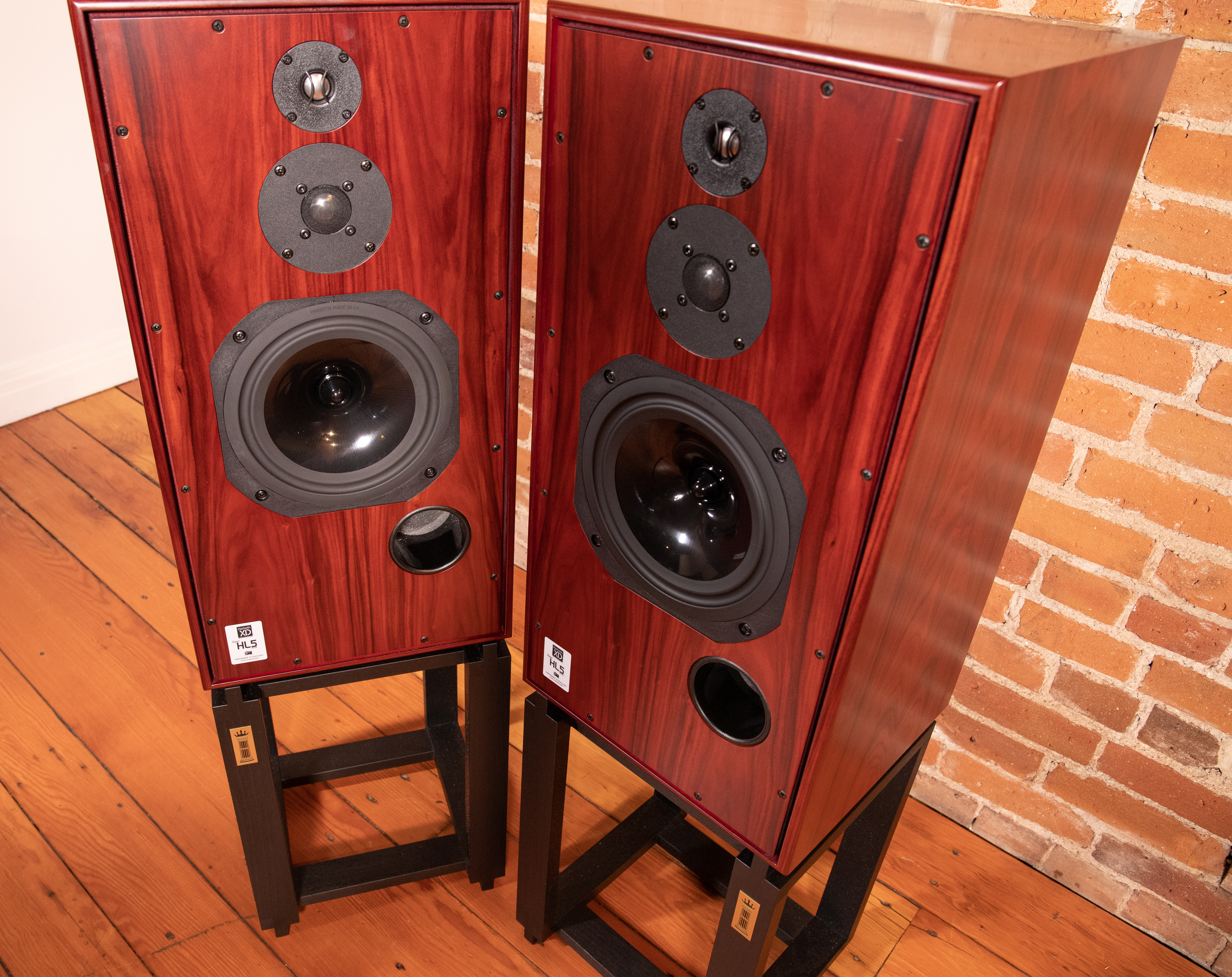 The P3ESR, or P3 for short, is in its own category. Designed for smaller spaces and nearfield or close-up listening, these mighty minis can disappear into a 3D soundscape like few other speakers in existence today. Even when used as stand-mounted monitors, these little wonders can surprise you with a room-filling soundstage, and they also havea tendency to make lower-quality recordings sound much better than they are. Pleasing is the magic word with the P3.

The next category of Harbeth speakers carries that characteristic further: the “fun” boxes in the range are the Compact 7 XD and the Super HL5+ XD are what I would choose if I wanted to play a wide range of quality of music and enjoy the sound anywhere in the house. Let’s face it - some of the best music ever made was not recorded to audiophile standards, and it can be a bummer when a system shows off too much quality disparity between songs in a playlist if you’re just trying to have an enjoyable music experience.

They’re quite different in size, and thus designed for different sizes of rooms, but they both make lesser recordings sound somehow better and deftly define what makes stunning recordings truly great.

The last category dives into that narrow well of audiophile-approved music with accuracy and inner detail that must be heard to be believed. The M30.2 XD and the M40.3 XD monitor speakers are called monitor speakers for a reason. They reveal more in recordings than many modern and much more expensive contemporary speakers available today can dream of. They’re intended for the serious audiophile with an excellent supporting sound system to meditate between and marvel at every subtlety and nuance available in a great recording.

One again separated by cabinet size — the 40.3 enlisting a second large poly woofer as well to produce linear bass response — the only question for those contemplating a Harbeth monitor is “how far away do I want to listen?” While the 30.2 is meant for mid-field listening, say, 5 to 10 feet from the speakers, the giant 40.3s have been known to fill entire ballrooms with jaw-dropping sound.

To understand what the newest XD designation from Harbeth means for each of these speakers requires an understanding of improvements that have been made along the way over the last 15 years of production.

In commemorating the 30th and 40th anniversaries of Harbeth’s existence, Alan Shaw and the team at Harbeth made subtle adjustments to certain areas of the entire line of speakers, while leaving the original perfections in place. Updated wiring, better terminals and more costly crossover components were added to the mix, further refining the end result for the listener.

As these were advertised and intended to be only limited production editions of the famous models, the team at Harbeth recently has been faced with a decision: how do we keep these improvements and still honor the exclusivity and special-ness of the limited production “Anniversary models?”

The answer lies in a new designation, XD. Simply put, the new XD speakers carry the same improvements as the anniversary models minus one or two refinements, but exist now as the new standard for Harbeth speakers going forward.

The only speaker in the Harbeth line that has somewhat drastic changes for the XD designation is the magical P3, to which Shaw and team devoted time and effort refining the crossover even further.

I’ll probably grab the fleece jacket next time I want to wake up early and keep the house asleep, learning from my mistake and using experience to get it right. That’s the human way, I suppose.

If you’re a human with a desire to enjoy your music in the most memorable way possible, look no further than Harbeth Loudspeakers. They were built on this notion of trial, error and discovery, and recognized long ago that perfection in speaker design isn’t achieved by constant reinvention. When you’ve found the right ingredients, it’s only careful application and fine adjustments along the way that can improve on a good thing. 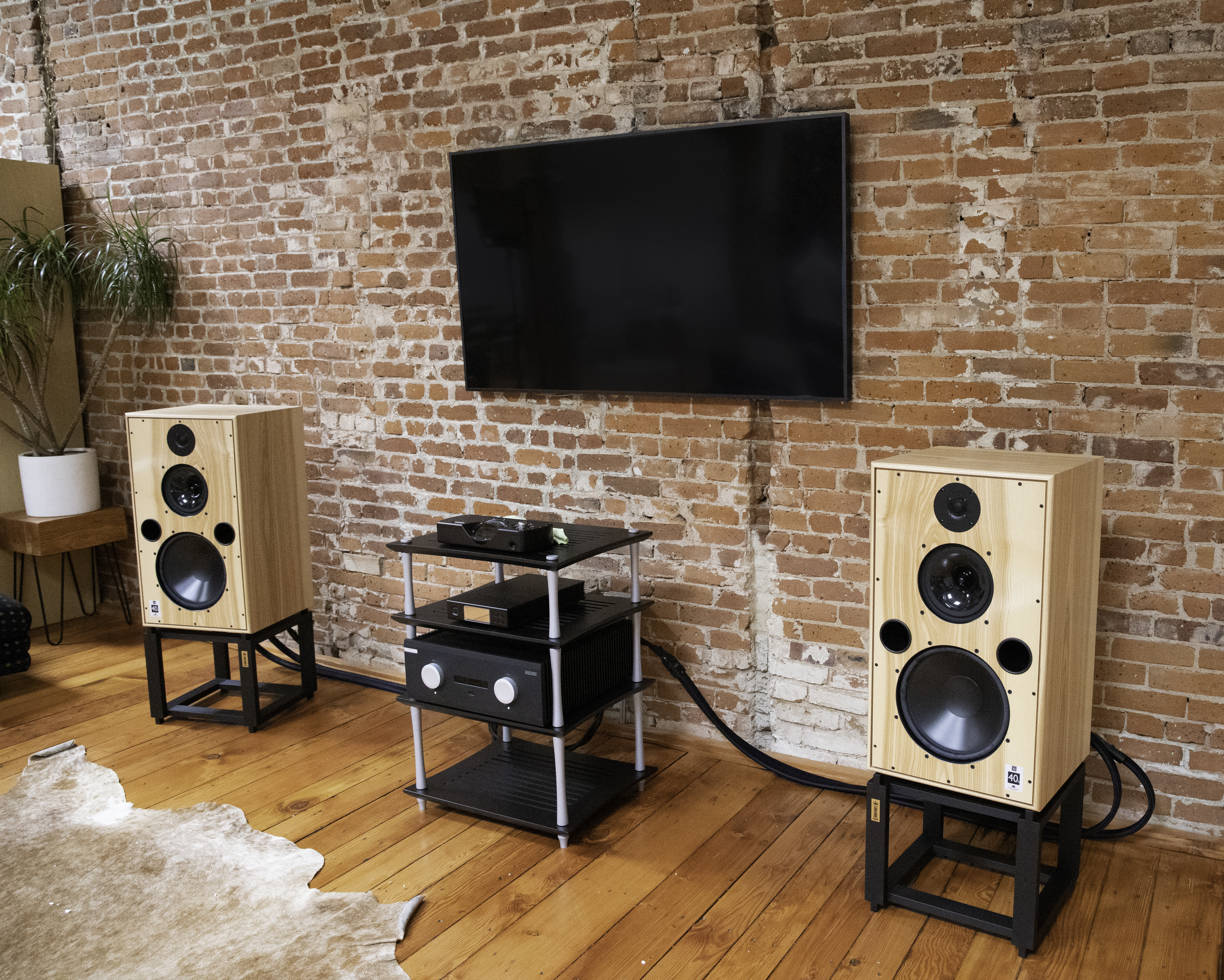