The name Wilson lights a fire in the souls of audiophiles everywhere.

Revered for industry-leading sonics just as much as the awe-inspiring looks, Wilson Audio speakers grace the spaces of some of the most discerning listeners while occupying the minds of millions more who aspire to own them.

The company, founded in 1974 by the late recording engineer and audiophile David Wilson, continues to inspire customers and competitors alike to aim higher.

Of course, the challenge for the audiophile is finding a way to afford a pair of Wilson speakers. That is, beyond the immediate task of obtaining domestic approval for a hulking pair of monolithic music makers in the home.

Is it necessary in all cases to buy a brand new pair of Wilson speakers, or is there a better way?

Of course, there’s a better way – that’s why The Music Room is here. We’ve bought, cared for, and sold many sets of Wilson speakers, but right now is the absolute prime time to be shopping for Wilson speakers because the pairs we have in stock now represent three of the beloved speaker maker’s best-ever designs. 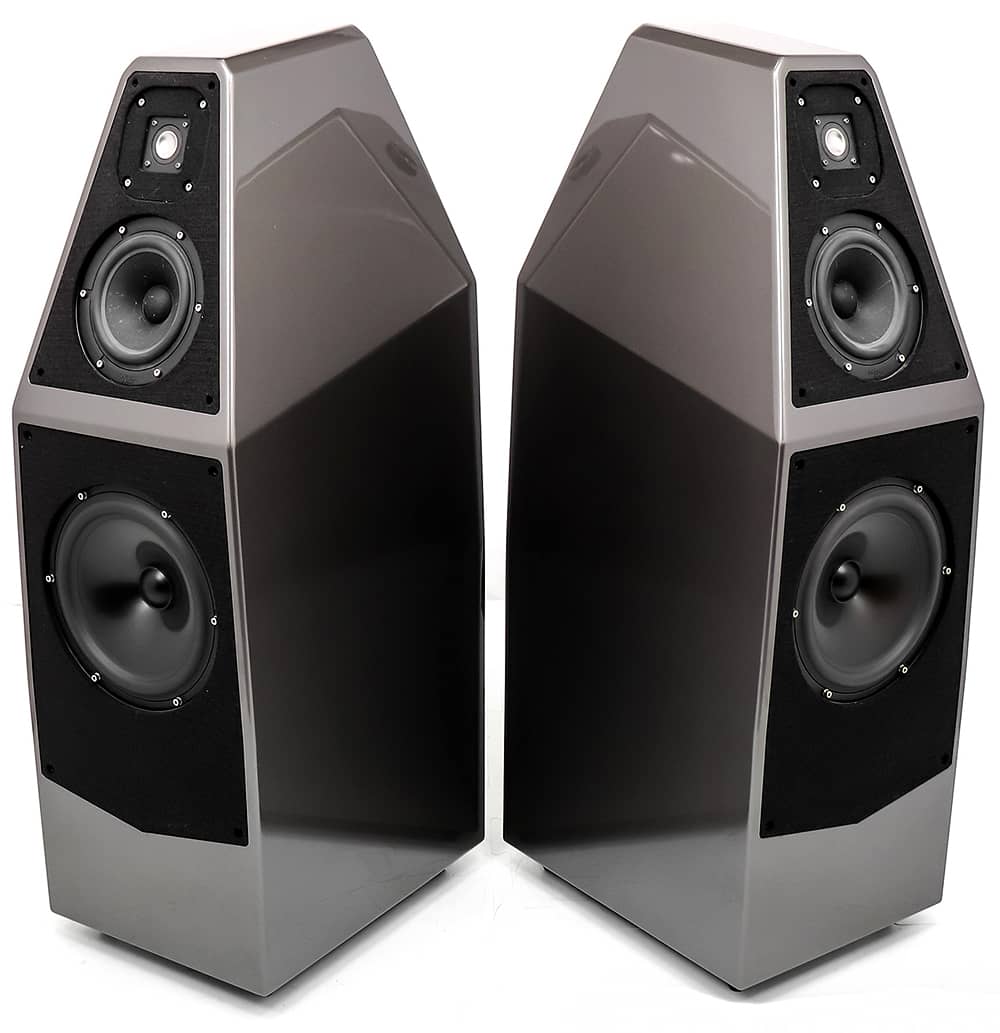 Engineered with a better drivers, an updated crossover, and using the new “X-material” in the enclosure (and “S-material” in the mid/tweeter baffle), the Sophia 3 is the poster child for the constant innovative evolution of the company.

Stereophile’s Art Dudley wants to call their updated shape “quintessentially Wilson,” noting hesitation only due to the proliferation of industry copycats of this kind of speaker shape.

He’s right. Since the Watt/Puppy designs early in the company’s history, the “trapezoid on a box” look has been picked up everywhere.

Wilson Audio manages to stay well ahead of the imitators, however. Further-refined internal angles, enhanced bracing, and access to crossover damping resistors via a rear panel are examples of the ongoing quest for accuracy.

Sophia 3 delivers the classic Wilson sound that's made the company a stand-out at audio shows and demonstrations. A sound so easy to be fond of but equally hard to forget.

The best news here is that buying from The Music Room means that a beautiful pair of Desert Titanium Sophia 3s ring up at about 50% off their original price.

That’s right, half off. Half off for a pair of music tools that will last forever. Can you beat that? 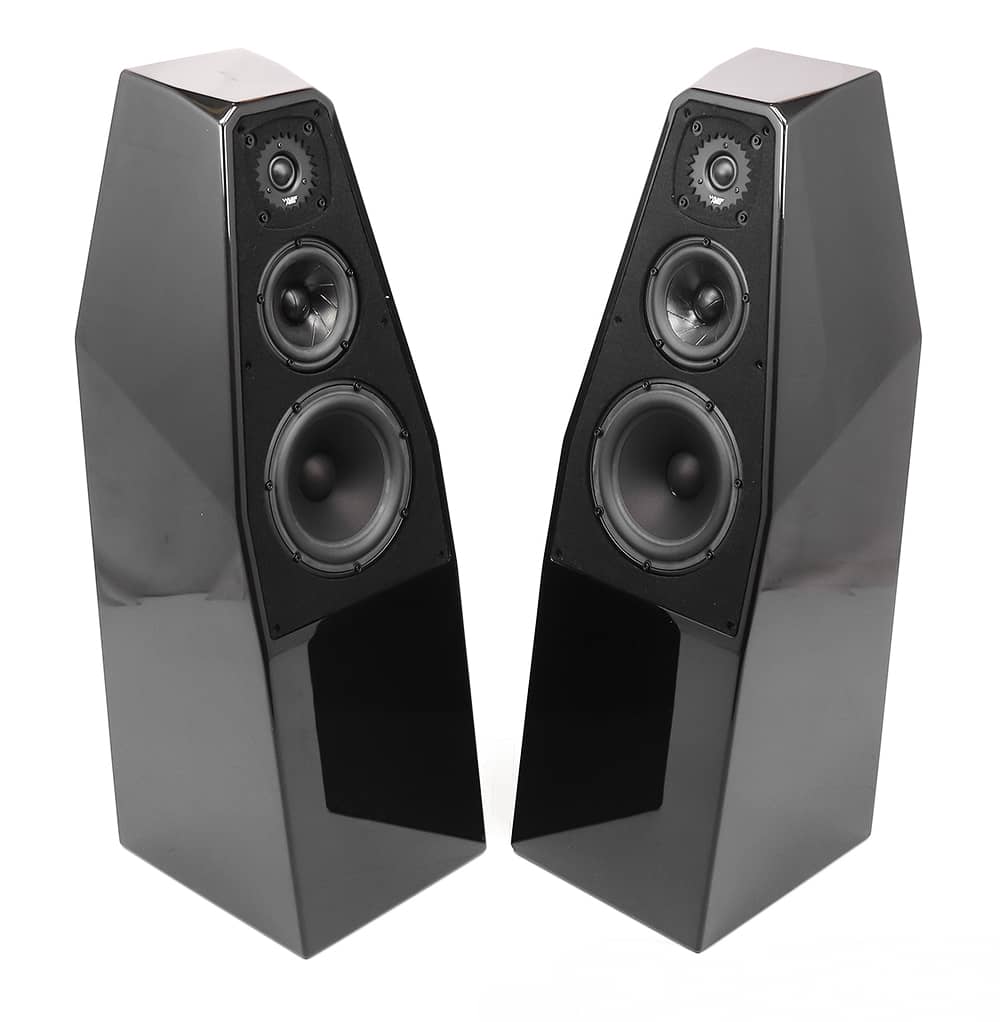 SabrinaX is the smallest and most affordable Wilson speaker, but that doesn’t begin to tell the story of this “sleeper” in the lineup.

Born in the post-David age of Wilson leadership, the SabrinaX is very much a Daryl Wilson design in that its detail retrieval rivals the much more expensive and serious Sasha DAW, though its slender shape allows it to hide in plain sight.

Sabrina still packs a lot of speaker into the room, but that diminutive size greatly enhances its ability to image and cast a soundstage wider than the room itself.

It can portray as bloomy or as thin as the music dictates, but notably, it can also rival the best in the world at the top of the sound spectrum thanks to the stunning Convergent Synergy silk-dome tweeter – the same used in Wilson’s WAMM Master Chronosonic, XVX and, not surprisingly, the Sasha DAW.

It’s a full-bodied floorstander with a small footprint and the image precision of a mini-monitor, and that kind of thing has a place in many, many listening rooms.

And the price for a gently used set of the latest and greatest from Wilson? A healthy 25% off the original reflects this product’s newness and the (understandable) lack of them in the used marketplace. There’s no need to pay full retail to hear what Daryl and his team have been cooking. These speakers won’t last very long, so jump on the opportunity!

Click here to learn more or purchase our SabrinaX pair. 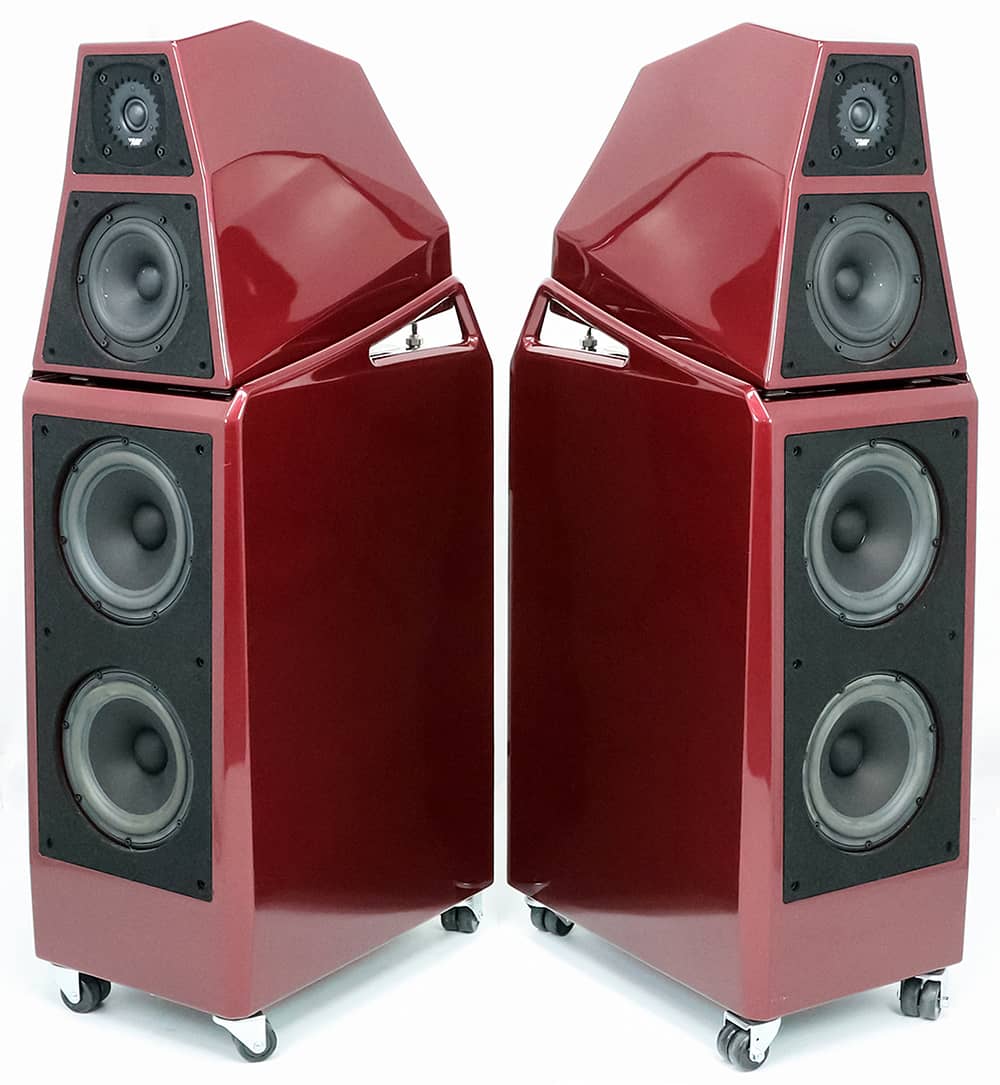 What can be said about a pinnacle product that carries the initials of Wilson Audio’s founder? The homage to David was placed on perhaps the most resolving yet flexible speaker in Wilson’s entire lineup, as the Sasha DAW incorporates the best of their technology in a package that isn’t 8 feet tall.

It’s capable of thunderous bass when called upon, it presents midrange so purely and with such infinitesimal distortion as to trick the mind completely, and the top-end prowess drops jaws so predictably the high-end tweeter often fires directly into the open mouths of listeners.

Okay, we’re getting a bit hyperbolic here, but something has to convey how much better the Sasha DAW is than its competitors in the field.

This is a speaker that will tell you everything – the whole, unvarnished truth. And part of that truth may be that the cables or components could use an upgrade, i.e., the curse of ultimate fidelity.

It’s a speaker for the audiophile who understands that everything matters in a HiFi system. Rather than choose components based on their interaction, great care is paid to the assembly of components that reach a standard of realism and excellence. The Sasha DAW is such a speaker and the foundational piece necessary to make an all-out accurate and linear system.

So, what’s the entry price for this current, no-compromise statement speaker? For most, it’s Wilson’s admittedly deserving $40,000 price tag, but that’s a pill too big to swallow for most audiophiles out there. Why not consider the gorgeous "Crimson Satin" Certified Pre-Owned pair we’ve got on hand at an unreal 38% off retail!

Time and time again, our customers take the leap and realize that with many HiFi products, age is just a number. This is never more true when talking about speakers like Wilsons, which should still be making music in the next century.

Shop our Certified Pre-Owned speakers with confidence. And don’t forget – you can always offset the cost by trading in your used audio gear. The Music Room is your one-stop shop for HiFi nirvana, especially if your vision of Heaven includes Wilson speakers.