The allure of Jadis tube amplifiers goes much deeper than the acreage of gleaming gold and chrome on their often multi-chassis amps and preamps littered with tubes and hulking transformers.

Probably deeper, at least. It’s hard to deny the impression of class and quality when you’re standing close to some of the French audio manufacturer’s products, even if chrome’s not really your thing. At HiFi shows, a stack of Jadis gear is not unlike a shiny vortex which pulls attendees toward itself from all angles.

The fact is, you really can’t thrive in the business of making extravagant no-holds-barred HiFi gear for too long unless there’s real science and art behind the circuitry of your HiFi products. Reference level audio equipment that is adorned commensurately must still compete sonically with competitors in the same price range. 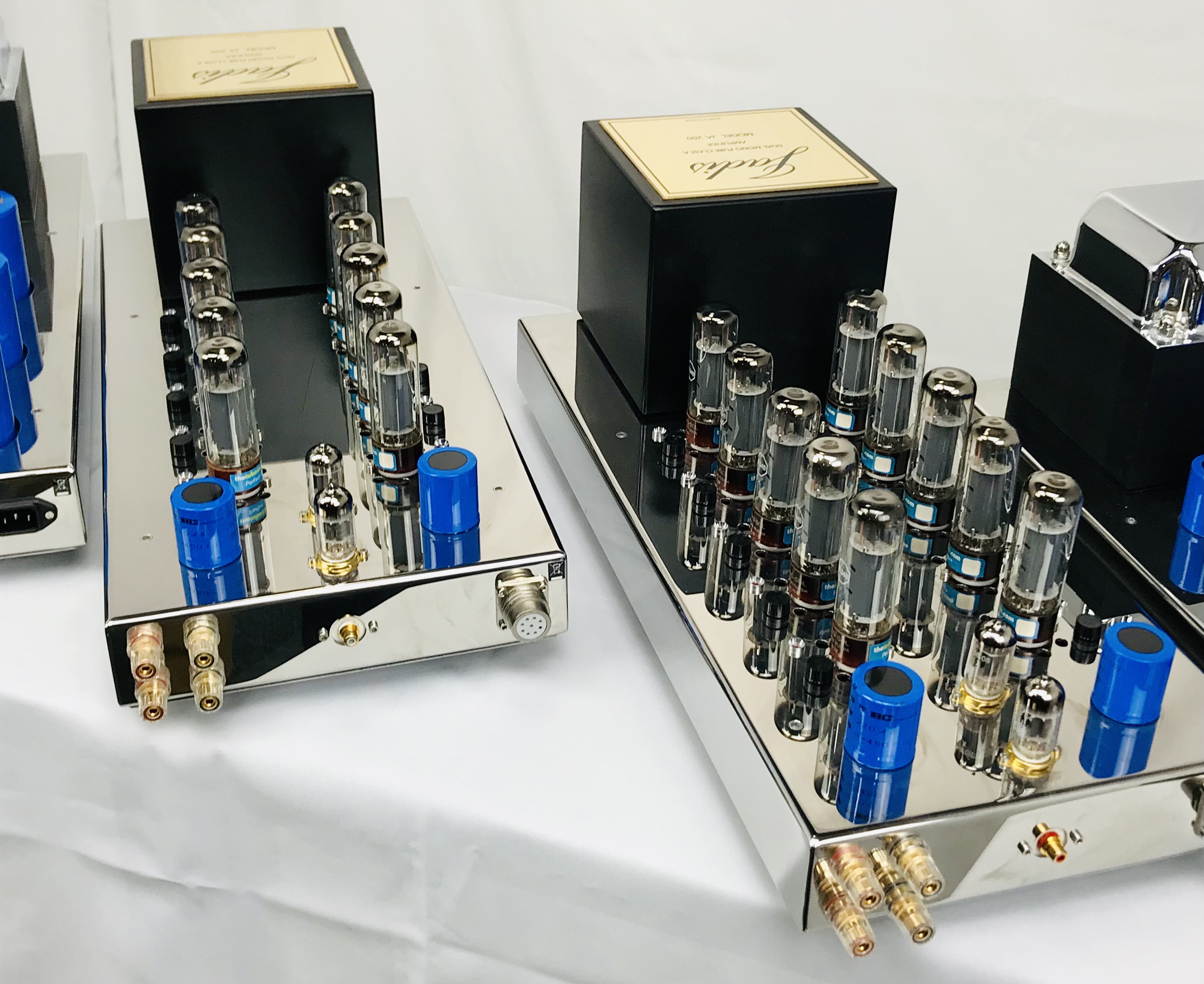 And so we have Jadis (pronounced zha-dees, which means "back then"), who for 38 years has stayed relevant and essential to serious listeners world wide, while pushing limits and stoking envy wherever electricity flows. And what I have here at the testing bench at TMR headquarters is “an” amplifier that is nearly 30 years old, but sounds and looks like it came to market yesterday.

I emphasize “an” because at a staggering four chassis for just two channels of amplification, when you add the hypnotizing glamour it almost boggles the mind. The shimmering, stately JA 200 monoblocks are simply dominating my testing area.

And they’re not alone. Also coming soon to the TMR Fresh Arrivals page is “a” matching JP 200 MC preamplifier of the same vintage. How many boxes for this one, you ask? Another gleaming four, thankyouverymuch.

Egads! Why would one want, let alone need four enclosures for every component in the chain? That’s ….eight total, just for amplification, which is too many for nearly everyone. Especially in this era, with better sounding fully integrated one-box-solutions available than ever before. 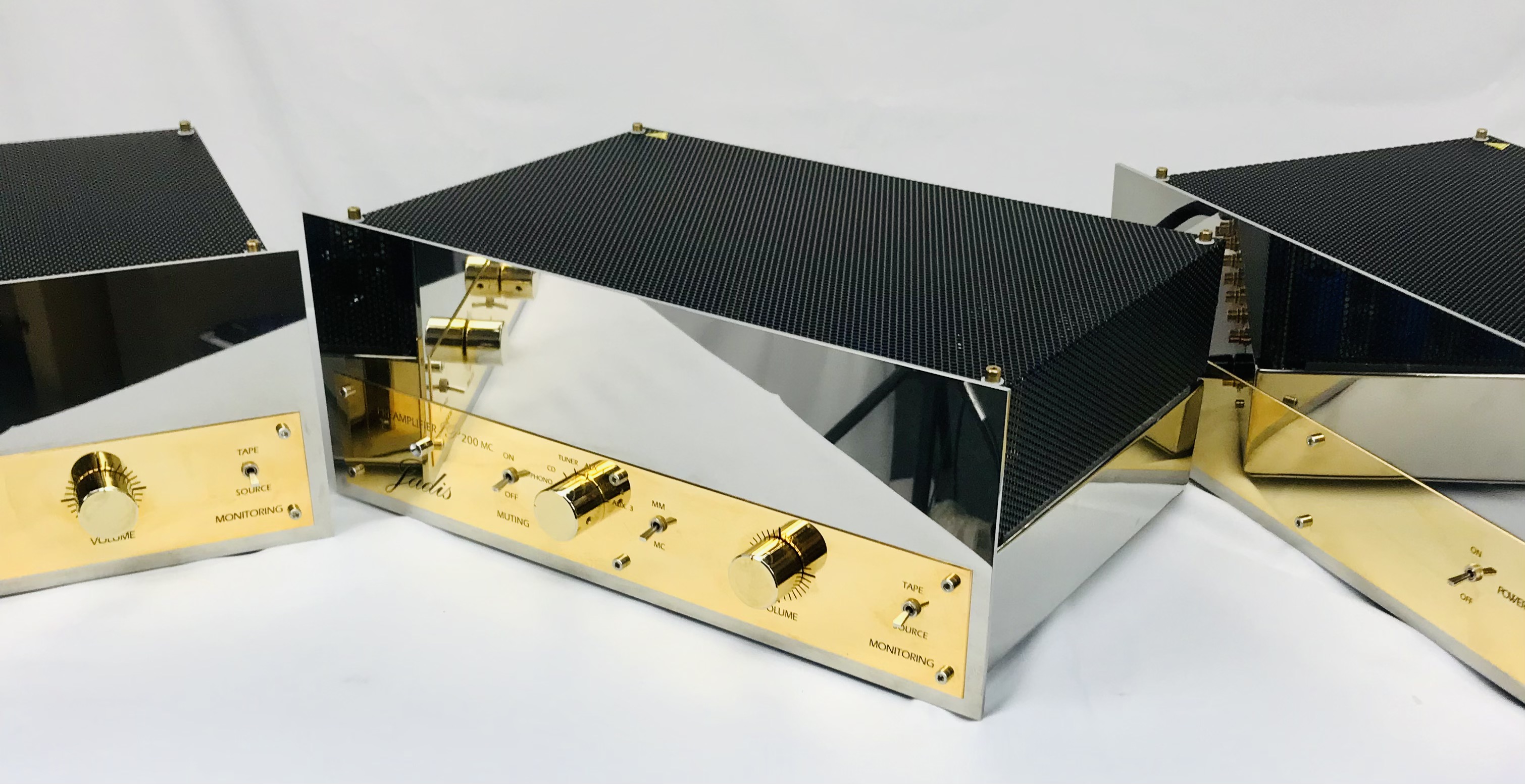 The science of HiFi design in general, including speakers, at this moment is perfectly capable of delivering perfect sound to a pair of ears. The person owning the ears (or the system, rather) simply needs to be willing to house 50 cubic feet of electronics and much more than that in speakers. Subwoofers should be the size of refrigerators. Power supplies and control chassis must be staggered across the floor at 45-degree angles. Let’s add an outdoor water wheel generator and a bank of giant caps on the inverter (which we'll run at 10Hz, why not) for true off-the-grid purity. Silver everything, including the ground rod.

Where was I going with this. Obviously the actual art of the science of HiFi is whittling down the massiveness of that approach to more closely fit the tastes of actual functioning people in society. You know, the normies. Folks who might scoff at the chore of topping off the helium tanks that power the plasma tweeters.

If you read this Gearhead blog a bit you might know I have a soft spot for the other crowd — the geeks, the tweakers and the adventurers. The audio crazies. And I am geeking out hard on these French-crafted Jadis beauties right now, I can tell you that. Our tweaky group may be small, but we’re intensely passionate. Not surprisingly, the number of reviews for the Jadis JA 200 monos is few, but they are predictably enthusiastic raves.

For example, Jonathan Scull wrote this for Stereophile in 1994, two years after this set of amps and preamps came off the assembly line: 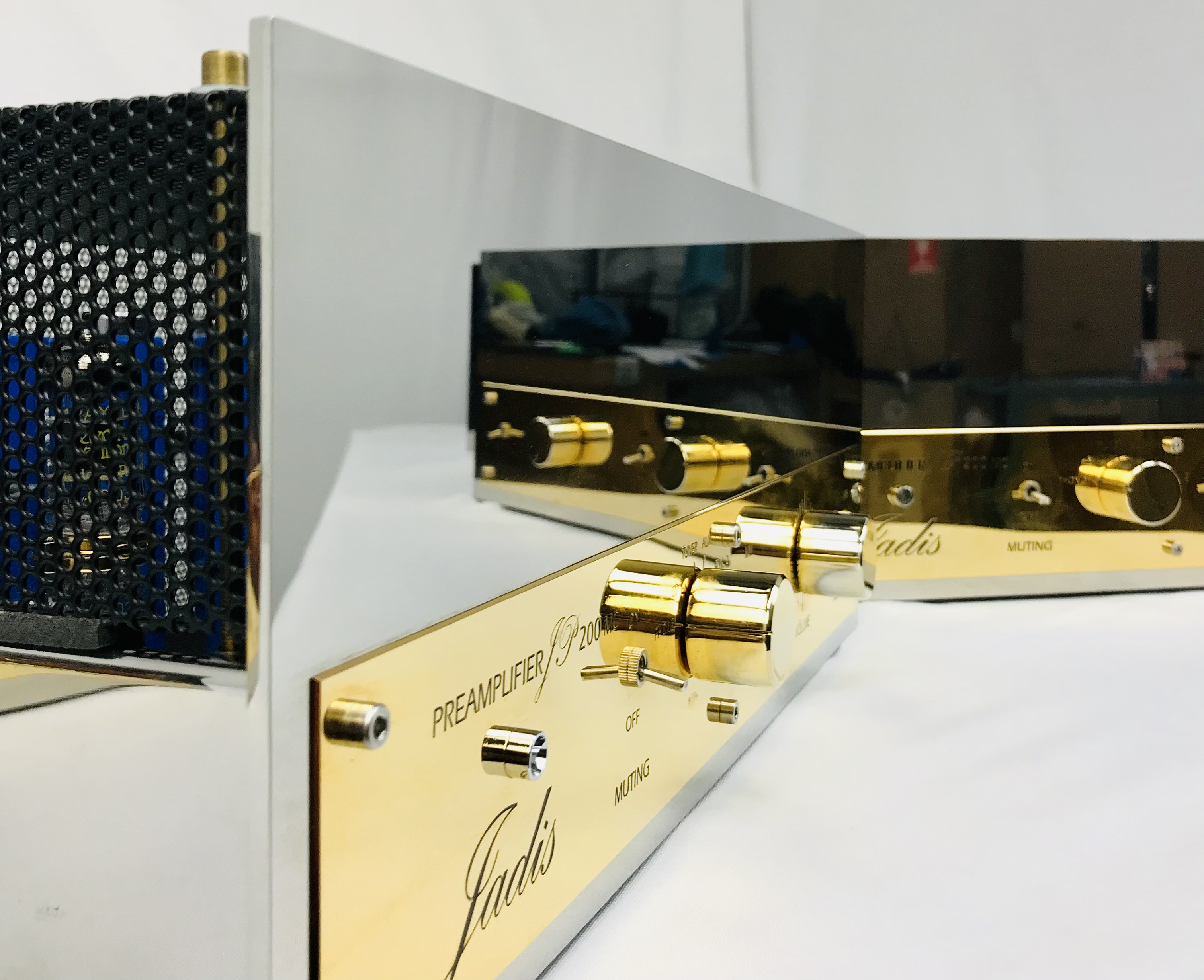 “And the sound. They threw a fabulous, wall-to-wall soundstage. How perfectly they developed the original acoustic. How deep behind the Avalon Ascents the oh-so-solid and palpable images formed in the room. How those big, imposing speakers just disappeared. How natural the sound. How easy it was to follow the musical line and fall into the music. How deep, controlled, tight, and satisfying the bass. How magnifique the midrange—the traditional strength of the Jadis presentation. How full and satisfying the lower midrange. How open, airy, how right the highs—not at all hard, but very extended and natural. How involving their presentation. How full, how harmonically correct, how wonderfully compelling. How magical.”

I’ll wrap this blog up with an interesting anecdote about these Jadis amps, and the preamplifiers. A similar-minded audio adventurer actually happened to own this exact set of amps and their matching four-chassis phono and line pre, and he also wrote an enthusiastic rave about them which was published in a popular HiFi review site in 2012, I came to find out in my research.

This is, by the way, is another thing I love about used HiFi audio; you really never know who may have listened to music through these products. In TMR’s history, we’ve consigned or bought equipment from reviewers, designers, audio company owners, HiFi legends, and in this case an avid reader with serious review chops.

With used equipment from these folks, one thing is certain: their turntables, amps, speakers and cables have been babied, upgraded, cleaned, loved, measured and fretted over during their time with them.

I personally spent hours testing and cleaning every millimeter of chrome on the four boxes of the JA 200 amplifiers, so I understand. And I could tell the previous owner’s dedication from the copious information he provided. This included eerily specific tube hours, as if he had a stopwatch near the stereo.

Which, you know… he probably did. The four chassis JA 200 monoblocks and their four chassis JP 200 MC preamplifier are for the person who wants to hear what happens when zero compromises are made. At that point in the game it would be silly to let the tube hours pile up unchecked! I wonder if he uses lasers to sight in his tweeters, like me…

Check these beautiful creations out before they’re gone: