After they warmed up a bit, I could tell the Mark Levinson No. 536 amps I’d taken home to review were really starting to open up. Soundstage things were happening, tonality was fantastic, and the layers of detail were being added with every passing song. It was time to start listening seriously and getting some thoughts down.

Tom Misch’s fascinating new release Quarantine Sessions is a fitting album to kick off the exploration into what a state of the art pair of monoblocks can do to a previously tube-based, revealing system. There are some vocals, but it’s largely instrumental and at many times rather untreated and raw.

The album is a grouping of five cover tracks and three originals, recorded as the name suggests during last year’s quarantine period. Which, I’m sure we’re all aware was not very kind to musicians. But it does seem a silver lining during that period for some was more time to compose and record with creative freedom and few expectations. 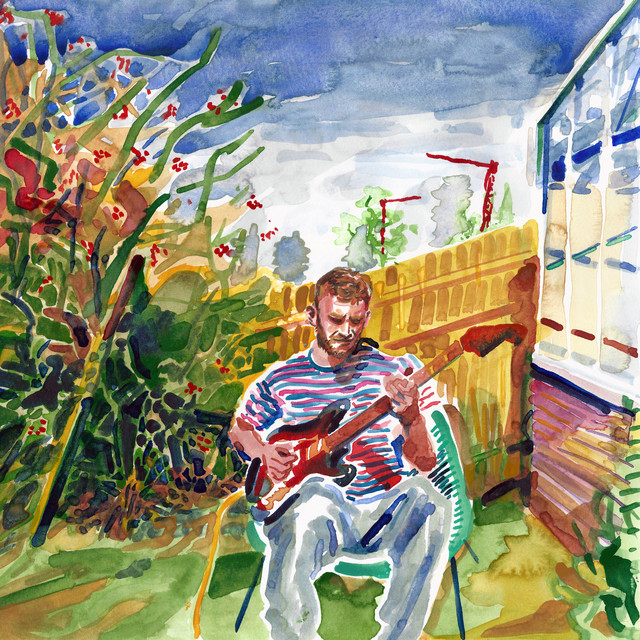 The No. 536 amplifiers show up large and in charge on the opening track, “Chain Reaction”. They roll out a thick red carpet of electric bass to kick things off, and the groove steps out of its limo in short order before walking along for a solid minute. In this time the beauty of mono amps versus a stereo is easily heard. The strength of the solid state damping factor is easily heard as well. Wow.

Mono amps never allow the channels to rob from each other, power supply-wise. Not many “dual mono” type stereo designs offer two power transformers for true separation. Nearly all the time, if you want to hear what your speakers sound like when truly powered individually you’ll have to consider monoblocks, giving each speaker its own amplifier with its own power supply.

Let’s not forget that an amplifier is little more than a dressed up, modified power supply. If you don’t think power quality and availability are a big deal in music playback, I have a book or two you might want to read.

The bass grunt on “Chain Reaction,” one of the few originals on Quarantine Sessions, is no mirage — it’s just physics. The ML No. 536 monos have the capacity to send my 4 Ohm Dunlavy SC-III speakers nearly 800 watts of power (ok, I’d maybe need a bigger Power Plant for full output), and they’re making the thin, imaging specialists sound a little more like their big Dunlavy brethren.

Actually, a swift Googling of my reference speakers shows a range of opinions from “they are bass light” all the way to “terrible for bass”, and on and on. Ha! If you keep reading, you find the majority of these opinion spouters power the SC-III sleepers with terrible electronics. Receivers from the ‘90s, cheap Class D amps, you name it.

If only some of them would be bold enough to try a modern $30,000 pair of regenerator-powered monoblocks on the nearly 30-year-old pair of time coherent speakers from Dunlavy. Oh, well.

I'm kidding, obviously, and I realize I’m in a unique position to try things like this, and write about it. The results are just incredible. Without my subwoofers on, the SC-IIIs DO have bass — great bass from a usually somewhat demure 7” driver. But all this talk about bass and current ability kind of overshadows the amplifiers’ natural holographic skills. Dunlavys (mine being of WMTMW design) are known to cast a huge portrait of sound that is super engaging, and it seems if there is ever an amplifier to help them do that right, it’s the No. 536 from Mark Levinson.

It occurred to me that this reference pair of amplifiers has a job that can be considered more demanding than most other amplifiers. They’ve got to be truly resolving (i.e. clearly showing the differences between recordings, which can go as far as sounding like a different amp on every recording) on the world’s most demanding loads — and I don’t just mean ones with low impedance dips.

At this price range and technology level in audio, the expectations are as demanding as the loads. The No. 536 amplifiers are typically paired with Wilsons, Vandersteens, Rockports and other mega speakers. And these are likely a fine-tuned-by-dealer setup, perhaps even graced by matching REL subwoofers which were also likely set up with help from experts. 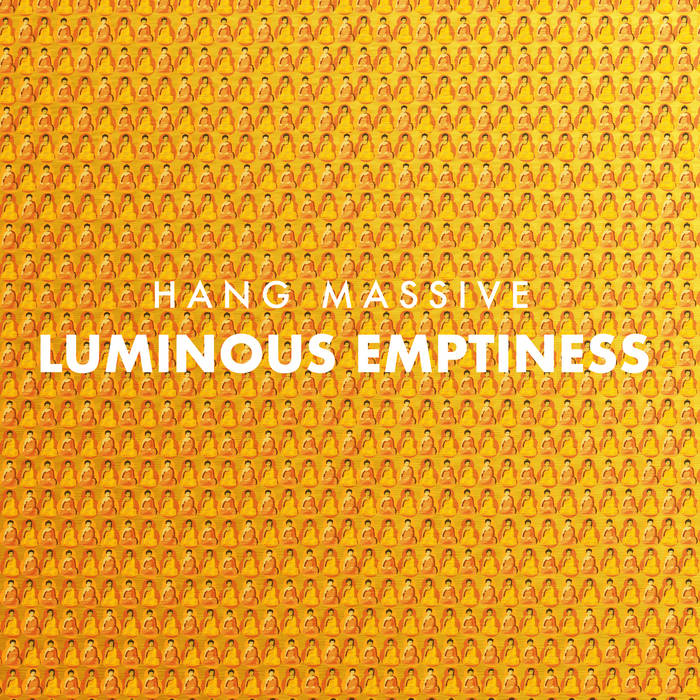 n systems like these, the stakes are incredibly high. The No. 536 monos are up to the task, and they really could not care less about the connected equipment. Which is funny because extremely revealing speakers such as those I mentioned care very much about the quality of connected equipment and cabling. But you know, if speakers measured like electronics do (as some of Dunlavy’s designs were said to) everyone would get along a bit better in the system. Some gear is just touchier than other gear — what can you do.

Back to my system and the next album up, which features a duo of handpan drummers from Bristol, UK. I’m hearing subtle details in the soundstage that are new and thrilling, and I know these amps are cooking now. If you’re not familiar with the duo Hang Massive and their curiously shaped drums (also called “hang” drums), their incredible release from 2018 called Luminous Emptiness is a fitting introduction.

The recording’s got a wide, reverberant soundstage, and the rhythmic playing of the two drummers is often embellished or supported by surgical electronic effects. This makes the frequency balance extra wide and the dynamic range super large, and helps make the case for many of the album’s tunes to be added to my “demo tracks” playlist.

In the early tracks, like opener “End of Sky,” we enjoy a beautiful separation between the players in the soundstage, with the left-most player appearing well left of the left speaker. I also noticed that after certain vigorous individual hand strikes on the drums there is a metallic shimmer that’s created alongside the tones, and the No. 536 amps showcase this easily and without fanfare. The amount of resolution is really on display when you hear these sometimes dissonant overtones hanging in space as clearly as a fundamental, without any kind of highlighting or “mastering assistance” from the amps. Every tone feels right, whether it’s from the main tone or from the harmonics, which is a beautiful thing to witness.

For being such strong brutes they are an incredibly sensitive and observant pair. This is what high bias Class A power can do for a big pair of reference speakers. And on mine, which admittedly have as gentle an impedance curve as you’ll find in this category of speaker, the No. 536 monoblocks have hardly broken a sweat.

This being The Music Room, we of course have bigger or more expensive speakers in stock with much more brutal impedance curves to test the Mark Levinson 536 mono amps, but I needed to hear these magical music makers on an extensively dialed-in reference system. In order to adequately share the kind of power and grace possible in these words and pages, I needed them at their best.

And at their best, they are in rare company in the Ultra-Fi, high-class-A-biased power amp landscape. They’ve got the goods to dance with the cream of the speaker crop. I appreciate the amps’ honesty and lack of coloration compared to some of their market competition, which can tend to sweeten things against the occasionally ruthless nature of the reference level of modern speaker makers. 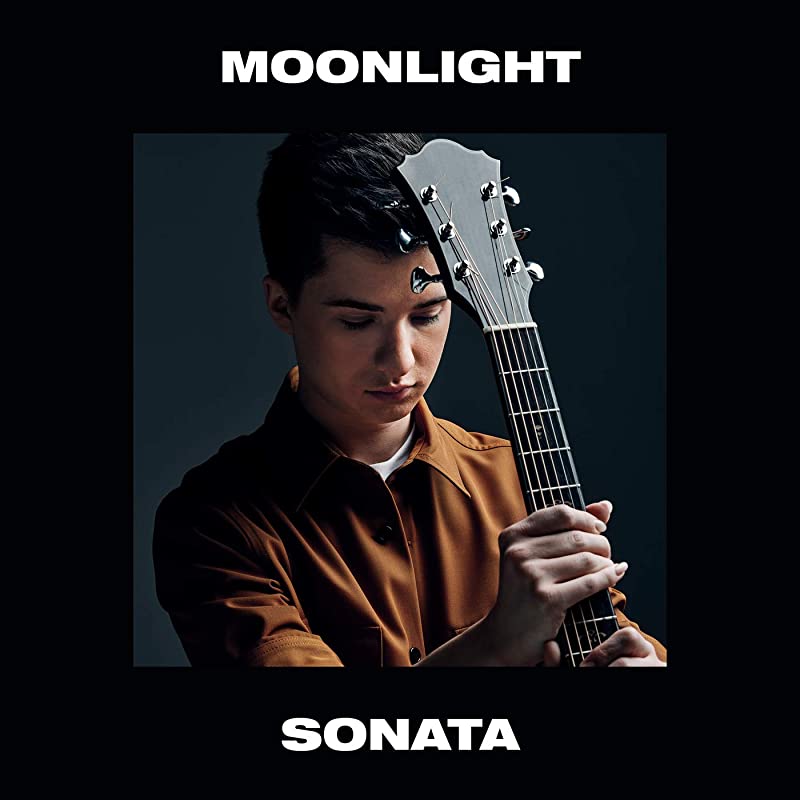 Alright. I want to try one last song here before I have to hoof these monsters back to the office, and perhaps that’s just a flimsy excuse for me to share this killer track with you, or perhaps I’m delaying the inevitable back-breaking work of moving them, but the young Polish guitar whiz Marcin and his treatment on Beethoven’s “Moonlight Sonata” needed to be played through the No. 536 amps’ circuitry.

Anyone following along and listening to the music I reference will get the deal about this prodigy’s mind (and speaker)-bending production style immediately. I wanted to listen for three things: bass quantity/quality, image placement and coherence through the chaotic moments. The No. 536 amps performed flawlessly, and as I cranked the volume, I was trying to get past the Class A portion of the A/B amps’ range.

No dice, we’re still in Class A boys, and let’s shut it down before we break something. That’s what I was expecting from a pair of legitimately “Ultra-Fi” amps: grace, honesty and power under high pressure.

To any serious audiophiles who are looking to anchor their system on a rock solid foundation, the Mark Levinson No, 536 deserve as much attention as any power amplifier in this category. In the testing department of The Music Room, I’ve played with D’Agostinos, Soulutions, Boulders and CH Precisions. The No. 536 amps may not be as flashy or feature rich as some amps from those brands, but it belongs in this group as a foundational system centerpiece in the modern HiFi era.