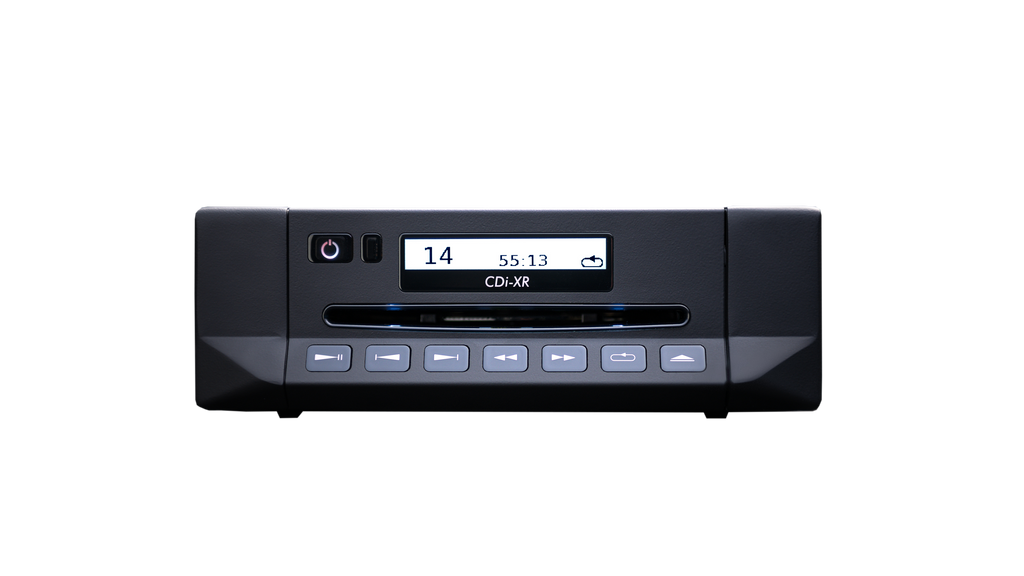 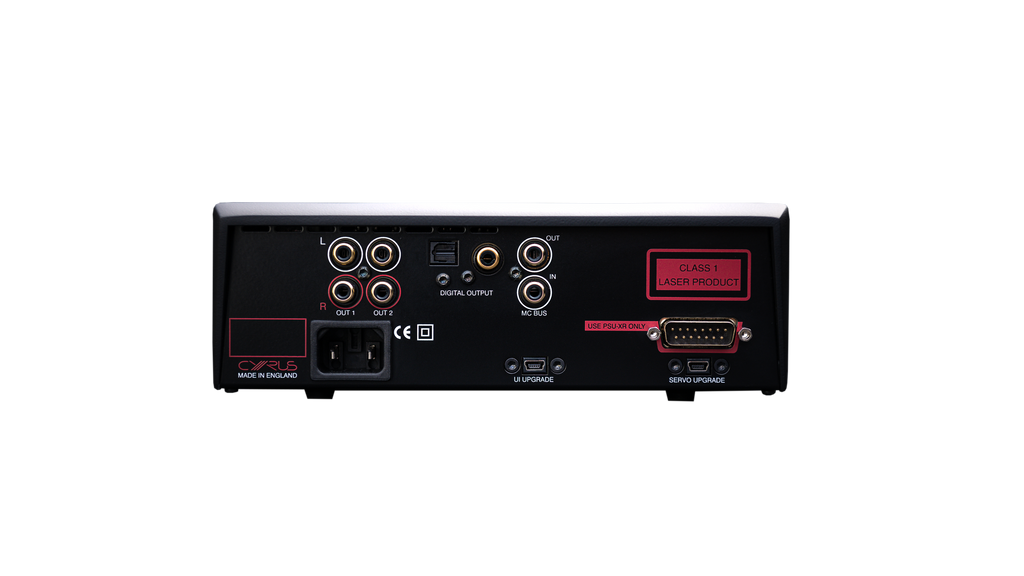 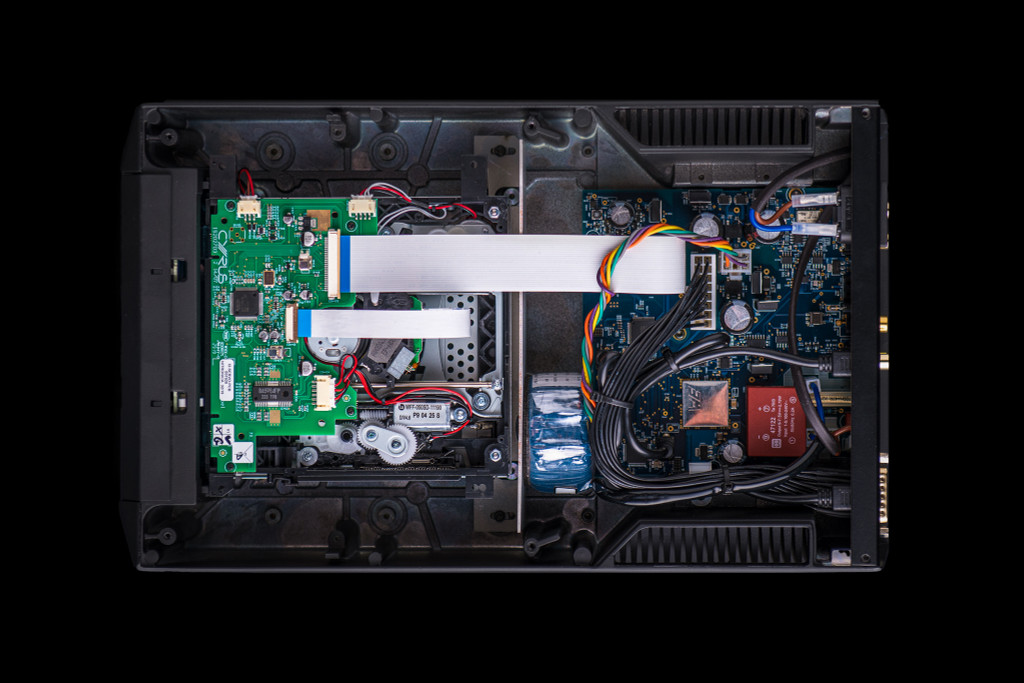 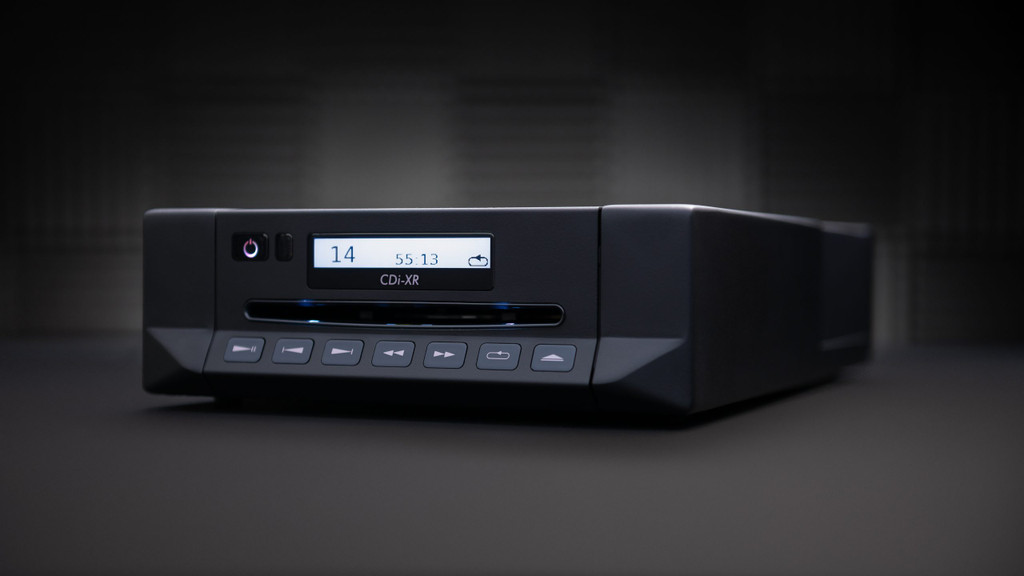 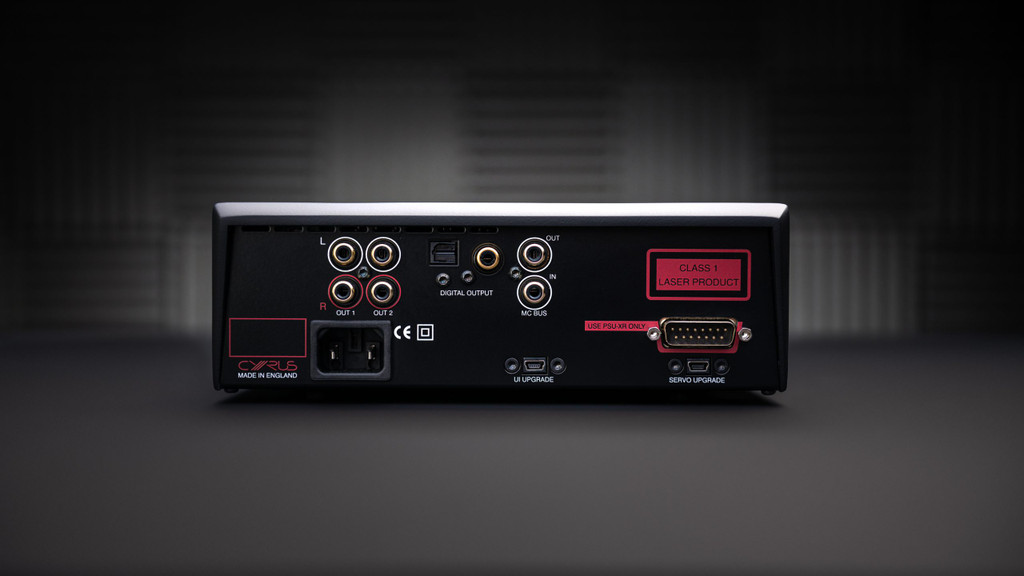 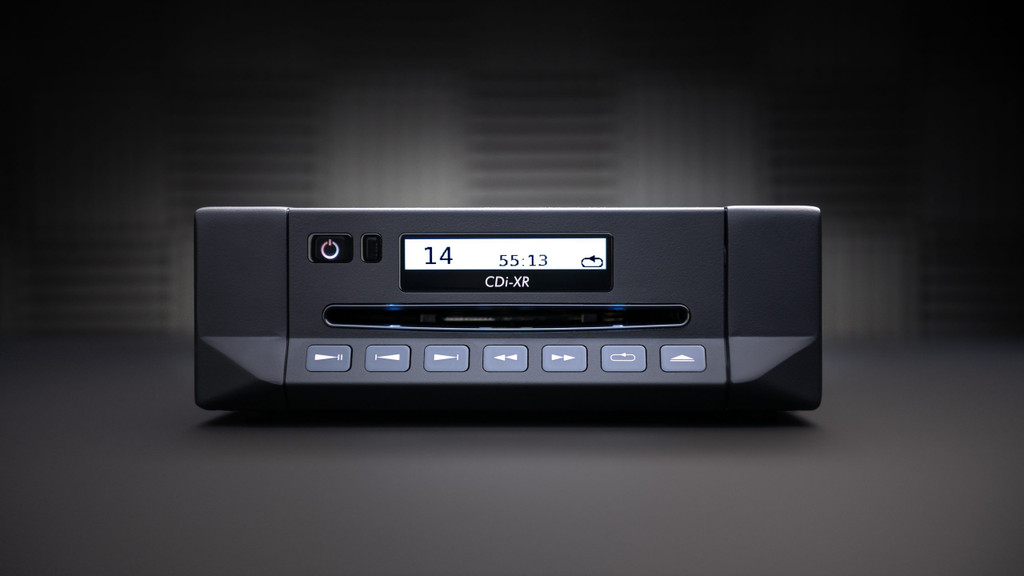 CDI-XR
The CDi XR is designed as a reference integrated CD player, building on the legacy of the CDi and incorporating many novel technologies developed in-house at Cyrus over recent years. Housed within our iconic half-width chassis, The CDi-XR sits alongside above the existing CDi and CDt models, offering a substantive performance upgrade.

TRANSPORT / SERVO
Several years ago, Cyrus invested heavily in developing our own in-house CD ‘Servo’ mechanism, our ‘Servo Evolution’. The design principle is to read as much information as possible from the disc itself first time, rather than having to rely on ‘re-reads’ or ‘error-correction’.

Whilst it is true that the data on a CD is stored in ‘1s and 0s’, the way it is read, picking up different frequencies of reflected light, has analogue elements to it. Therefore, precision engineering can improve performance. Off-the-shelf mechanisms produce significant ‘system noise’ when the stepper motors of the mechanism are required to be used during the error correction processes when the data was not picked up on the first pass. Our ‘Servo-Evolution’ system reduces these re-reads and corrections by around 20%, producing not only a cleaner data stream for the DAC, but significantly less noise induced in the analogue output stages.

CONTAINING NOISE
Upgraded components along with intelligently designed circuits using ‘counter-current’ methodologies to reduce noise pickup are in evidence throughout the design.

The fundamental principle is that power starts at the ‘quietest’ part of the circuit, before flowing towards the ‘noisier’ sections. Less noise is therefore ‘carried’ or induced into the power paths, limiting the transmission of noise inside the product. Whilst this sounds logical, the application in practice is incredibly complex, and needs to be considered at a system-wide level. Even the geometric alignment of individual components has been optimized to facilitate the cleanest possible flow of power and musical signal.

The DAC has been housed on its own shielded section of the PCB, again to help contain noise transfer

SECOND GEN QXR DAC
The DAC in the CDi-XR is our own second-generation QXR DAC platform with a key notable difference in its implementation. As a DAC usually has to handle a multitude of possible resolutions and input paths, their design is always a slight compromise on the best possible configuration for any particular source. In the CDi-XR, however, we know exactly which resolution is going to be received (44.1kHz, 16bit) and the incoming signal path that data is going to travel. As a consequence, we are able to calibrate our QXR DAC with incredible precision. We are able to optimize, not just the inbound data path and the data conversion itself, but also the filtering stages of the DAC to render the finest analogue output possible.

INTERNAL POWER SUPPLY
The CDi-XR, like all products in the XR series, has had a complete overhaul of the power supplies to each circuit section. The power supplies are much stiffer and have enabled Cyrus engineers to get the remarkable SE engine to run even more quietly.