As I gazed upward at the megaliths in their custom shipping crate, I wondered why I requested specifically to come in and test these Duntech Sovereign speakers. But then my HiFi buddy Darren showed up to help, and I remembered why: at one point in HiFi’s not-too-distant past, these were considered the best damn speakers in the whole world.

That will bring the audio rats out, you better believe it. As listeners to our podcast surely know, Darren and I both have Dunlavy speakers at home and absolutely love them. To be allowed to get a listen to these monsters, which are in perfect working condition, was truly worth the potential for hernias that setting them up might offer. 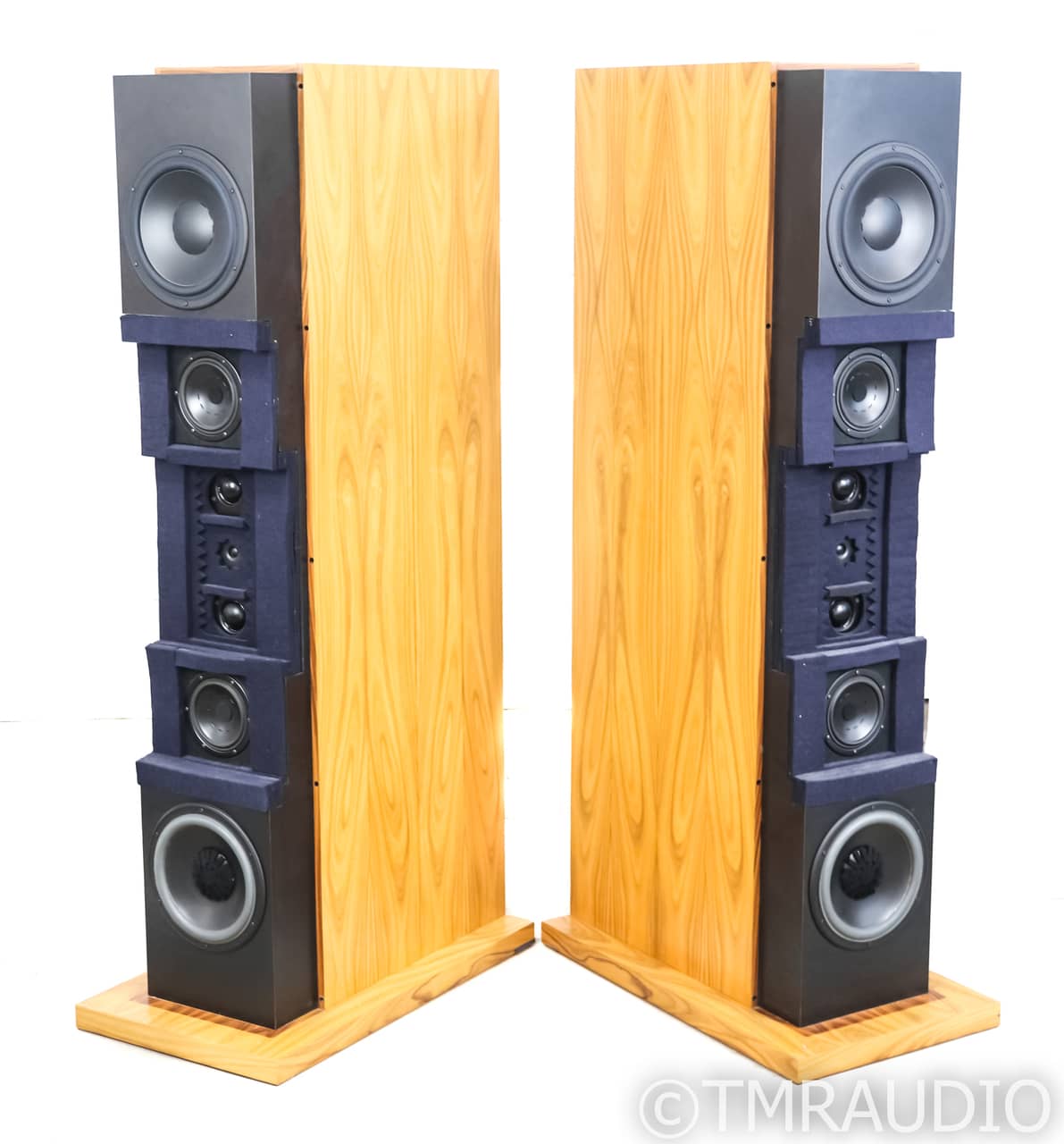 We like the big Dunlavy and Duntech WMTMW designs, or more specifically in this case WMTSTTMW (that’s woofer-midrange-tweeter-super tweeter-tweeter-midrange-woofer, yowza!), and agree with the company founder’s insistence that phase-coherence and time alignment was more important than exquisite cabinetry and use of expensive drivers in speaker design. His principles made for a neutral, musical speaker that causes every type of music to be captivating in a very specific way. And thanks to its unique multi-driver design, it’s an interesting mix of pinpoint imaging and massive height and width of soundstage. It’s an almost circular presentation, emanating from a point in the middle of the field. In my experience, only these kind of speakers do this.

Duntech International was the late John Dunlavy’s (1925 - 2006) first major speaker brand. It was started in Texas but quickly moved to Australia to take advantage of the country’s subsidies aimed at attracting businesses to its shores. Later on, he and his family moved to Colorado Springs and founded a new company: Dunlavy Audio Systems. Both companies created sonic works of art, which still remain today as the speakers of choice for many pro-audio mastering studios around the world.

But digging into the history of John’s work led me to some interesting revelations, not all of which were verifiable per se, but came to me with a degree of confidence that I could trust the sources. Anecdotes from his friends led to the impression that the man was more influential than I’d realized, by far.

And not just in the HiFi market — Dunlavy’s inventions and their implementations extended from bug-detection in the White House to involvement with the first vocal transmission from an extraterrestrial planet’s surface, i.e. the moon landing. “One small step for (a) man…” was transmitted to earth using a Duntech International antenna, if you can believe it.

Even earlier, the radio transmissions from the Russian Sputnik capsule were first detected not at an official laboratory, but instead in John Dunlavy’s backyard, using a homemade and naturally state-of-the-art antenna system he’d built himself.

But back to the speakers, the Duntech Sovereign PCL-2001 were the ultimate expression of John’s craft, and a bit more of a luxury creation than his later company Dunlavy’s flagship SC-VI mega monsters, which themselves were a more common-man manifestation of the Sovereign design. That’s the main difference between Dunlavy and Duntech; Dunlavy became a more affordable brand utilizing the same techniques, while Duntech remained a no-holds-barred approach.

Duntech Sovereigns are just as imposing 30 years after they were made. At the TMR warehouse, the sound Darren and I witnessed from the perfect-working-condition pair we tested was typical of the Duntech/Dunlavy experience – unbelievably good, and in certain ways still head and shoulders above what modern speakers have to offer.

For anyone with a serious space for dedicated listening, I cannot recommend enough the mix of delicate pinpoint imaging and absolute sense of scale these incredible speakers offer. I know I can’t drag them into my house or my wife would kill me, and Darren’s floor would probably give out if he tried to move them into his century-old home, which is why you still see them in stock at The Music Room. The previous owner laments having to part with them, missing the feeling of being at the Mahler performance without the need to travel and buy tickets.

If you’re a serious audiophile, let me just leave you with these reasons why you should consider these. 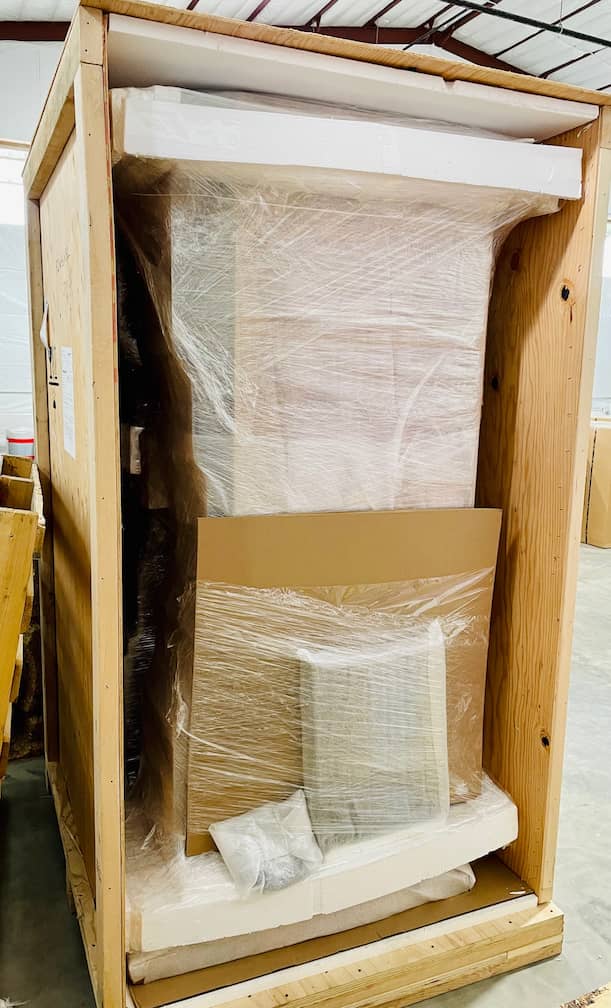 Number one: They’re in functionally perfect condition and only the bottom woofers have been professionally re-foamed. Cosmetically, they are as good as you’ll ever find for a true king of semi-vintage audio.

Number two: Nearly every pair of Dunlavy or Duntech speakers we’ve found are “local sale only” because of the physical heft and height of the speakers, as well as the lack of a shipping solution. This pair, however, come with two of the best-constructed crates I’ve seen, which were custom made to be able to safely ship both the speakers and their grills separately.

Number three: They come with the rare active crossover option custom designed and made by Krell to allow less phase distortion (not that there was a wink of that in John’s crossovers) and active bi-amping for tons of flexibility.

I thought my Dunlavy SC-IIIs were good. Darren thought his SC-IVa speakers were good. These are miles better and made us wish for the type of listening room that could house them. But then again, they should be. They're the best manifestation of the Dunlavy principles, wrapped in a luxurious veneer atop real hardwood and tweaked to the max by the man himself. They’re what my dreams are made of, I can tell you that. Call it state pride, consider me an aural convert, but I'll be trying to listen to John Dunlavy's brilliant products as long as my ears can hear. 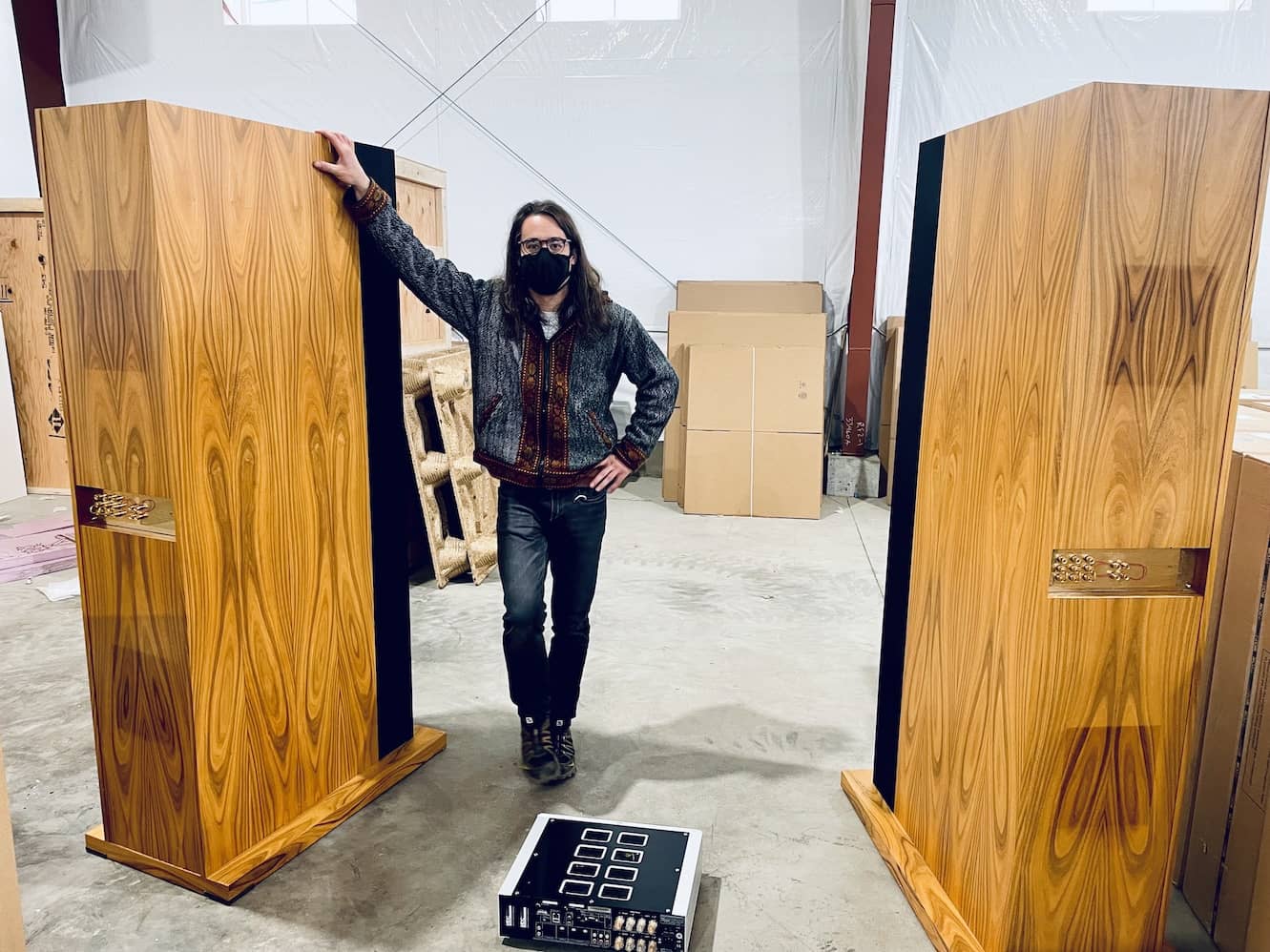